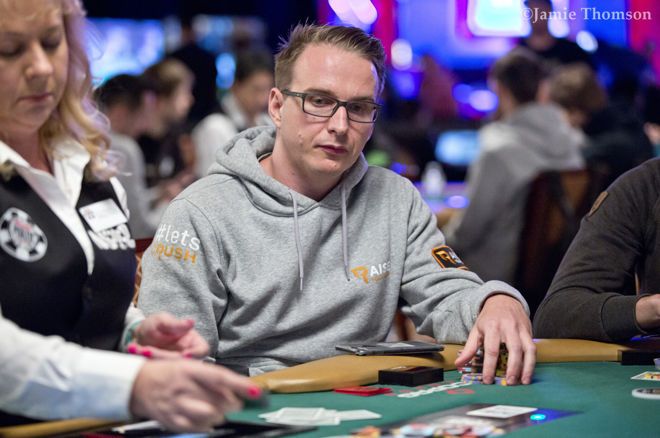 The 2023 PokerStars Caribbean Adventure (PCA) may have kicked off in The Bahamas this weekend but not every poker superstars jetted off for the opening events; some stayed at home and put in at least one more Sunday session. Benjamin “bencb789” Rolle was one such player, and his decision to fire up PokerStars on January 22 proved a popular one.

Rolle was one of 47 entrants in the $5,200 Titans Event, a tournament that regularly attracts some of the biggest names in the online poker world. Even with the PCA taking place, this week’s Titans event drew in some stellar name, although only six of them made it into the money place and shared the $250,000 prize pool.

The final table was set following Christian “WATnlos” Rudolph falling in seventh place and bursting the money bubble. Rudolph’s demise locked in at least $13,223 for the six surviving players. Canada’s “aminoloast” collected that particular sum when their deep run ended in sixth place.

Swedish superstar Niklas “Lena900” Astedt reached the star-studded final table but couldn’t go deeper than fifth, a finish worth $19,313. Anatoly “NL_Profit” Filatov was the next player to bust; he scooped $28,207. Heads-up was set when Alex “FutureofMe” Kulev crashed out and received the $41,198 third-place prize.

The final battle pitted Rolle against Dimitar “KuuL” Danchev, who you may recall won the 2013 PCA Main Event for more than $1.85 million. Bulgaria’s Danchev fell at the final hurdle and had to make do with a $60,172 consolation prize, leaving Rolle to clinch the Titans Event title in addition to an $87,884 Sunday payday.

Rolle almost came out on top of the $1,050 Sunday Warm-Up, but Sweden’s “flerrehuve” Denied him a second victory in the space of a few hours. A compact field of 41 entrants meant only the top six finishers won a slice of the $41,000 prize pool. Spare a thought for the online grinder “hello_totti” who popped the all-important money bubble with their seventh-place finish.

Thailand’s “bLuFFoRBeaT” fell in sixth for $2,168, with Elio “smokrokflock” Fox seeing his tournament end in a fifth-place finish worth $3,167.

“aminolast,” fresh from a sixth-place finish in the Titans Event, busted in fourth for $4,626 before Lithuania’s Kristijonas “greezhol” Andrulis bowed out in third for $6,756, leaving Rolle heads-up with Sweden’s flerrehuve.

When the dust settled, it was the Swede that emerged from the battle victoriously and with the $14,413 top prize held aloft. Rolle headed off with another $9,868 to show for his efforts.

Save the date: the 17th Anniversary Sunday Million is coming!

Other PokerStars Results From January 22

Check out some of the other highlights from PokerStars tournaments held on January 22, including a $34,345 score for “T0X16-“, who took down the $530 Bounty Builder. 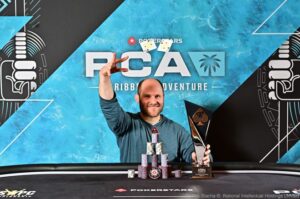 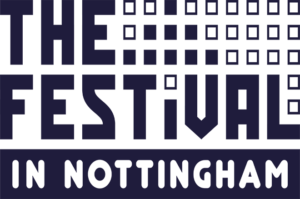 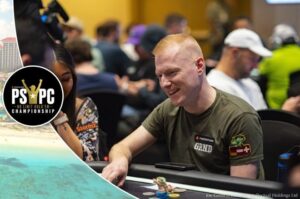